Around Maria Alm there are a lot of destinations for the whole family to explore. No matter if you come with your own car, as part of a tour or by public transport:

It is amazing how fast you can get to an ice cave, mountain peaks or salt mines. 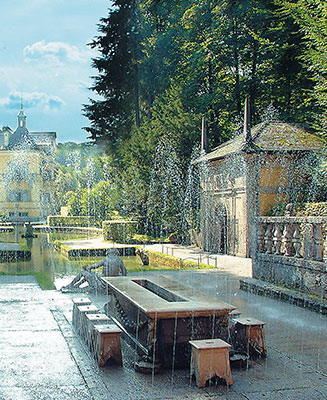 Maria Alm Pilgrimage Church
The pilgrimage church Maria Alm is probably one of the most beautiful Marian shrines in rural Pinzgau. With its simple but imposing appearance and 76-metre high church tower, the building style can be described as typically late Gothic. Thanks to ongoing renovation work, the landmark of Maria Alm is always well maintained, so that this magnificent building can be admired for a long time still to come.

Mozart and festival city Salzburg
Harmoniously situated between the two city mountains Mönchsberg and Kapuzinerberg, Mozart’s birthplace presents itself as a cosmopolitan city in small format. The silhouette of the cathedral, Hohensalzburg Fortress and numerous church towers allows for wonderful photos to be taken and makes Salzburg a cultural hot spot. The Hellbrunn Palace with its fountains and zoo, the “Haus der Natur”, Mozart’s birthplace in the Getreidegasse and also the Stiegl Brewery World are popular excursion destinations and can be easily reached from Maria Alm in just about an hour’s drive.

Water fountain games and Hellbrunn Palace
Hellbrunn Palace, with its picturesque gardens and water features, is considered a true paradise on the outskirts of Salzburg. Between 1612 and 1615, the then Prince Archbishop Markus Sittikus had the current TOP excursion destination in Salzburg built. Hellbrunn Palace has always served as a place for recreation and entertainment – celebrations and events are still held in this spectacular setting. Salzburg’s water games impress with water cannons, fountains and grottos – the former builder of the complex loved to trick his guests. So even today, when you visit the water games, it can still happen that you are suddenly surprised by the cool water – don’t forget to bring a change of clothing!

The National Park Worlds are an experience for young and old – the Hohe Tauern National Park with the highest peaks in Austria and its inhabitants, such as mountain goats, chamois or the snow mouse seems within reach. Nine stations are waiting to be explored: Entertaining, both on your own and at your own pace – definitely worth a trip!

In Werfen, let yourself be captivated by the largest ice cave in the world and marvel at the natural ice palaces in the middle of the mountain. With an average annual temperature of approx. 0°C, the giant ice world is a popular destination for excursions on both hot and rainy summer days, guaranteed to impress the whole family. Winter fascination combined with the wonders of the eternal ice – the massive ice cave is definitely worth a visit!

Open all year round, the Salt Worlds in Hallein welcome you, where, as the name suggests, everything revolves around salt. The “white gold” was already mined by the Celts in Hallein some 2,500 years ago and has since been partly responsible for the wealth of the province of Salzburg, from where the name of the city and the Austrian province derives. In the oldest visitor mine in the world, you can go on a treasure hunt in Hallein and follow the miners’ footsteps through narrow passages, rapid slides and even over a real underground salt lake!

Situated in the most south-eastern town in Germany, Königssee lake is often described as the most beautiful lake in the country. Since Maria Alm with its “Stone Sea” is situated in the heart of the Berchtesgaden Alps, a tour to the pilgrimage church of St. Bartholomä and the Königssee lake is truly worthwhile. Although the walk to Schönau is considered to be quite a demanding hike, the fascinating views of the church, the surrounding mountains and the crystal-clear lake compensate for any exertion. Every year in August the Almer pilgrimage to Königssee lake takes place, with several hundred people taking part in the walk from Maria Alm to the Königssee lake. A hot tip for hikers in good physical condition!

Breathtaking pictures can be seen all around the Krimml Waterfalls. The approximately 380-metre-high steep waterfalls are among the most popular excursion destinations in Austria. Europe’s largest waterfalls impress with spectacular natural spectacles and on a specially constructed hiking trail you can marvel at the forces of nature at close range. The starting point of this one and a half hour hike is the “WasserWelten” – Water World in Krimml – a unique world of experience with many instructive and entertaining stations where you can learn all about water.

The market town of Berchtesgaden in Bavaria is a popular destination for Maria-Alm holidaymakers – not least because of its proximity to the popular hiking destination of the Königssee lake, which can be reached from Maria Alm. Of particular interest in Berchtesgaden are the Eagle’s Nest at Obersalzberg and the Obersalzberg documentation, which provides historical impressions of the Second World War. The salt mine in Berchtesgaden is also definitely worth a visit! In this region you can also go on great hikes and mountain tours, for example to the “Watzmann” or another peak in the Berchtesgaden Alps!

In the very heart of the national park Hohe Tauern, the probably best-known high alpine road with its numerous curves and bends leads its way across Austria’s highest mountain – the Großglockner. Once the highest point of the street on an altitude of 2504 metres is reached, the Großglockner Hochalpenstraße provides unique views over valleys, lakes, blooming meadows and summits covered in snow. The famous street looks back on a long history: Already more than 2 milleniums B.C. the mountain was crossed while in 1930 the construction of a passable street started. Nowadays the high alpine road with the Kaiser-Franz-Josephs-Höhe is to be assessed one of Austria’s most popular attractions.

The two high mountain reservoirs Mooserboden and Wasserfallboden are located high above the village of Kaprun at an altitude of around 2000 metres. Imposingly embedded between the grass mountains and rocks of the Hohe Tauern, this destination provides breathtaking panoramas in a grandiose atmosphere. The largest inclined lift in Europe or transfer buses take you high up where the turquoise-blue reservoirs, which are actually used to generate electricity, lie at your feet. Mountaineers in good physical condition can also admire the beauty of the artificial reservoirs and the surrounding valleys directly from the mountain – for example, from the “Hoher Tenn.”

The Weißbach Nature Park is a landscape conservation programme of breathtaking and unspoilt scenery. Enjoy natural spectacles and adventure on one of the over 46 km long hiking trails and themed paths. Numerous information points provide visitors with information about alpine farming, the nature park, the timber industry and many other interesting facts about the region’s nature. The Weissbach Nature Park is the perfect place for all those seeking relaxation and who are ready for new adventures – varied and interestingly prepared, it combines sustainable use of the environment and nature conservation. 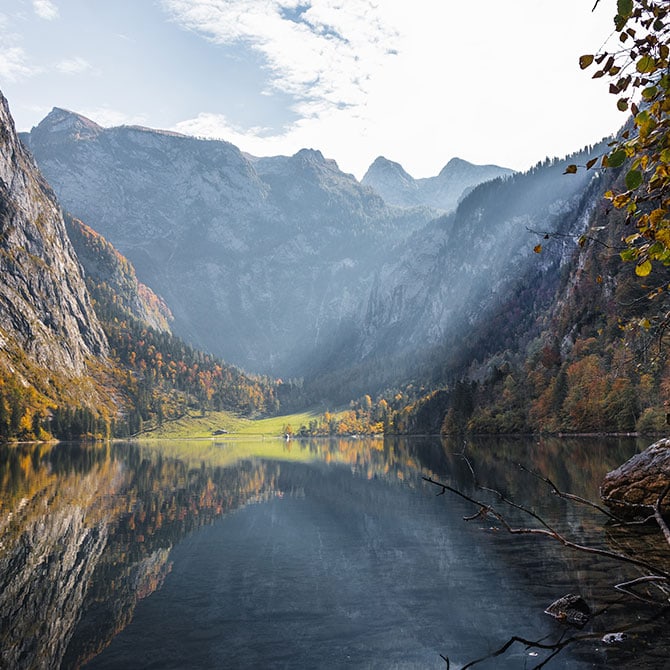 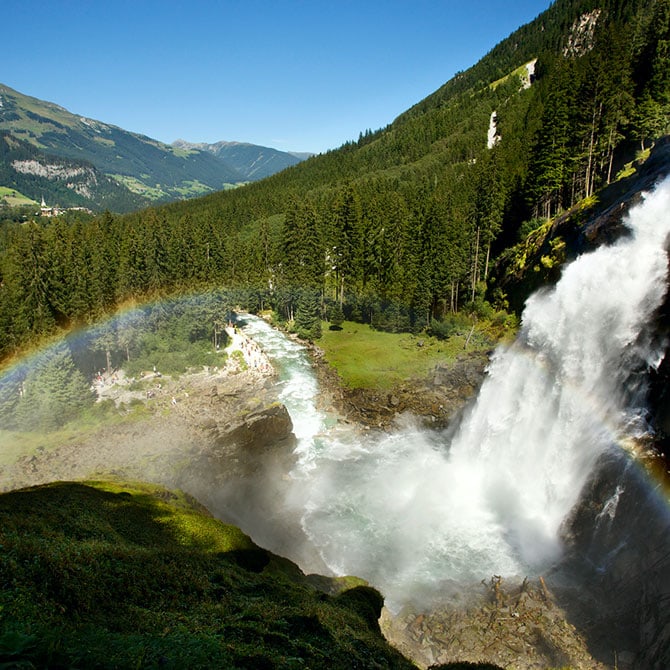 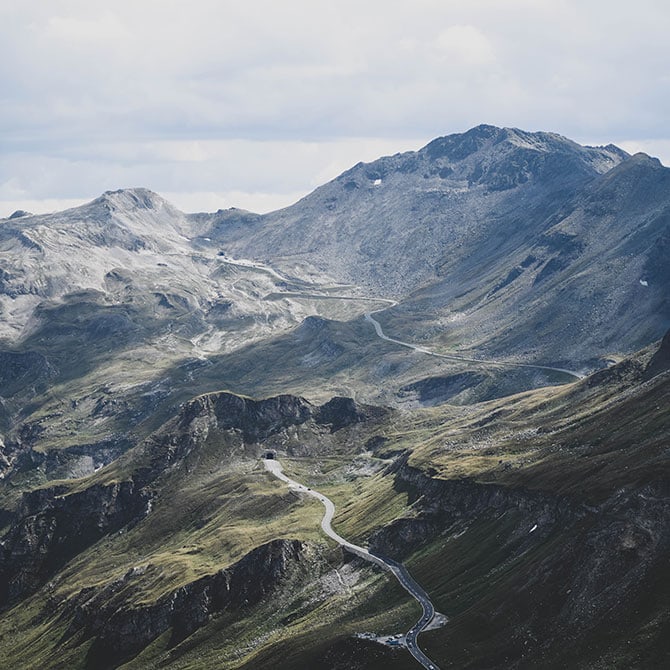 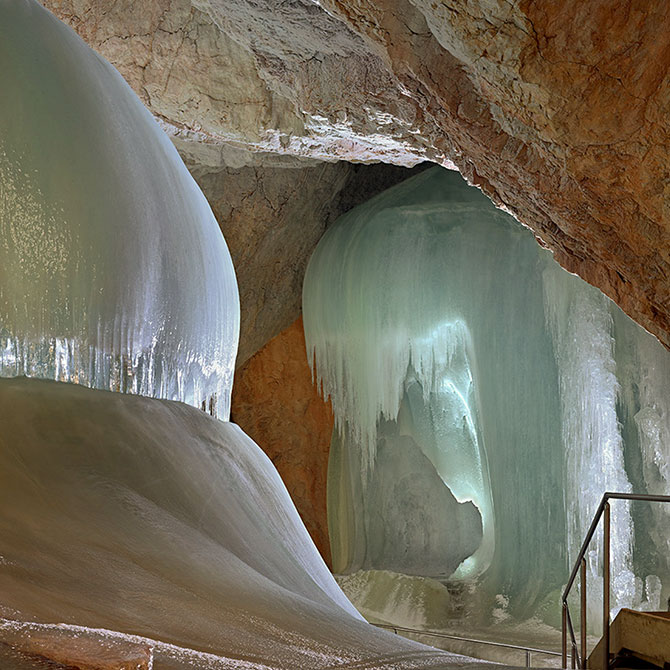